So, the LD48 jam finished a few days ago, and I made yet another entry into the Rude Bear saga – Rude Bear Resurrection.

As soon as I saw the theme “You Only Get One”, I immediately thought of One Chance and GlitchHiker. One chance being the game you only get to play once, and GlitchHiker the world that decayed as its players failed at it until it broke.

I was really taken with the idea of a game that everyone influences in that way, so I decided to make a difficult teamworking platformer in which there can only be one winner. Once that person beats the last boss, the game is over.

As you progress through the castle, you activate switches. These switches activate for everyone in the world. They open up shortcuts that make the route easier. However, this can occasionally be a bad idea, as it benefits other people too. If you can do a section of the castle easily, there’s no point using the switch to help other people catch up with you. 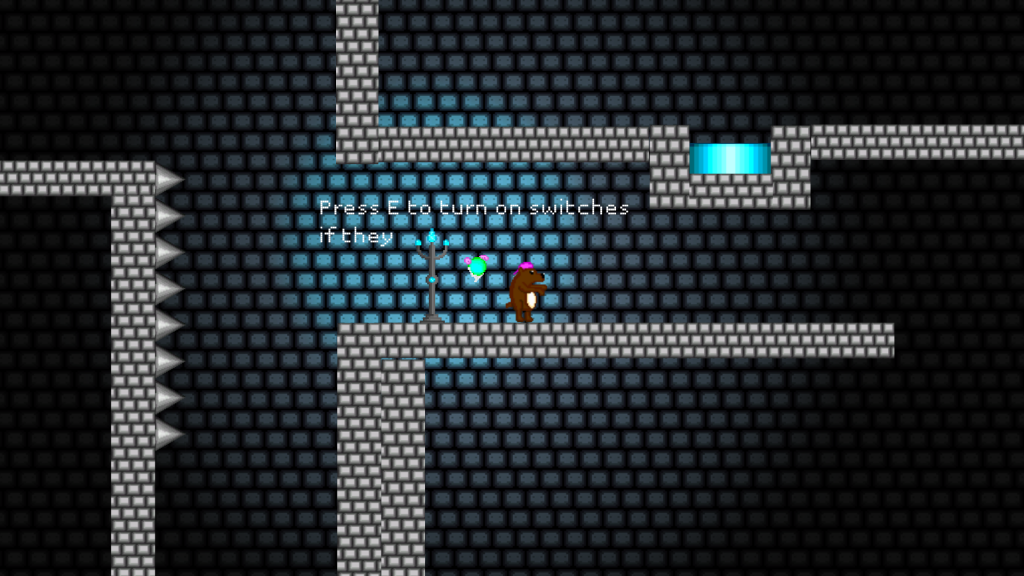 These switches light up and give an easier route. On top of this, corpses are left where you died, with a message. In this way, you can leave everyone else advice or amusing anecdotes to see in their game. 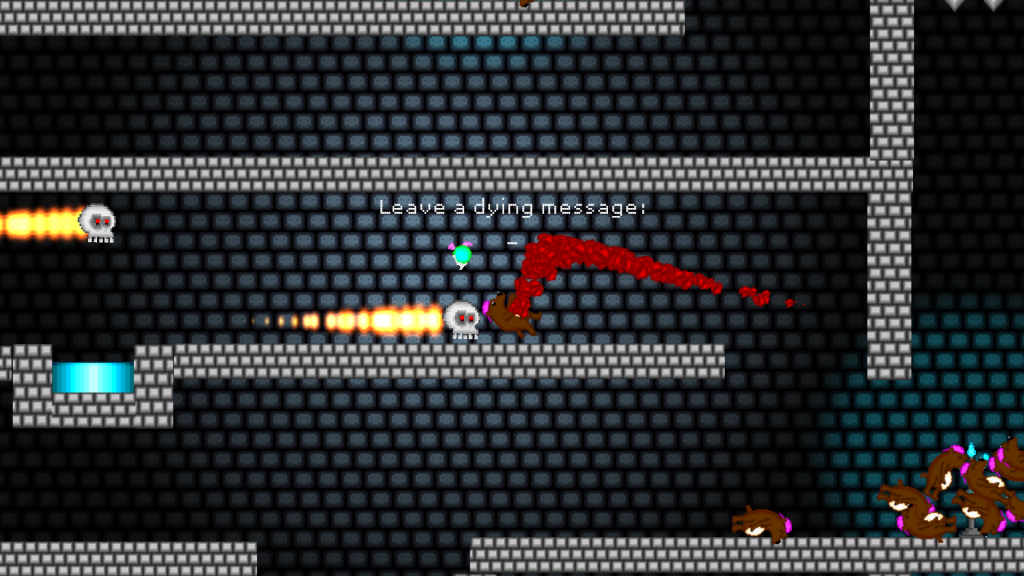 And then when other players mouse over your corpse they’ll see your comment: 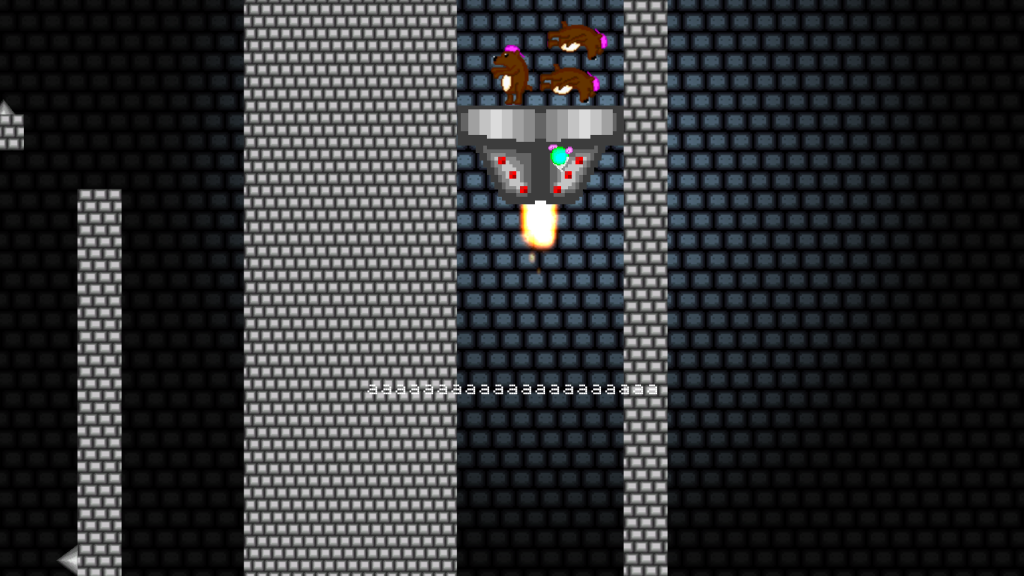 Your corpse can be useful, pushing down buttons for instance. You can use them as stepping stones to traverse acid pools, and use them as meatshields and bridges from spikes. 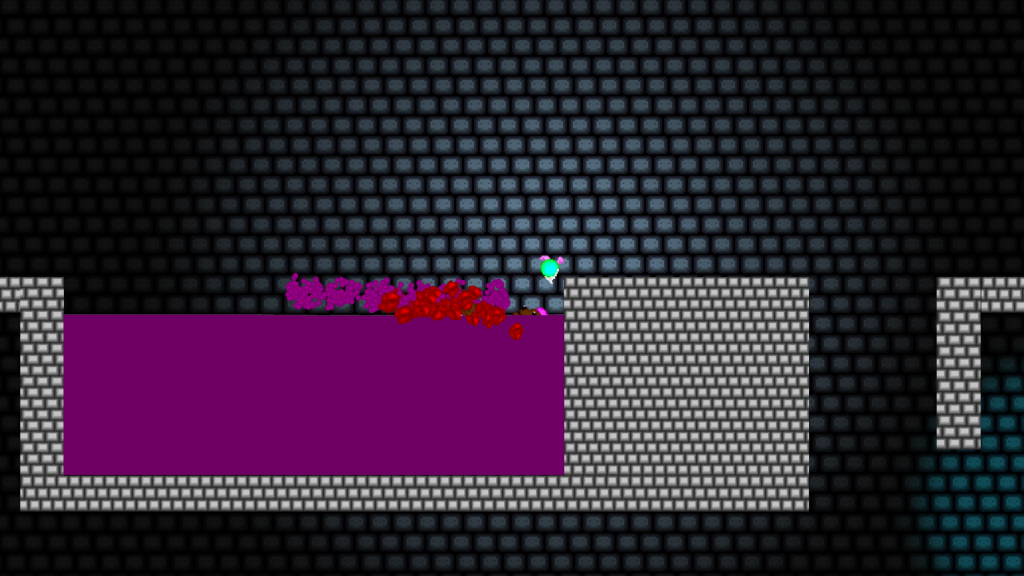 And piles of corpses can get in the way, so your annoying Navi-like fairy companion can burn them for you. 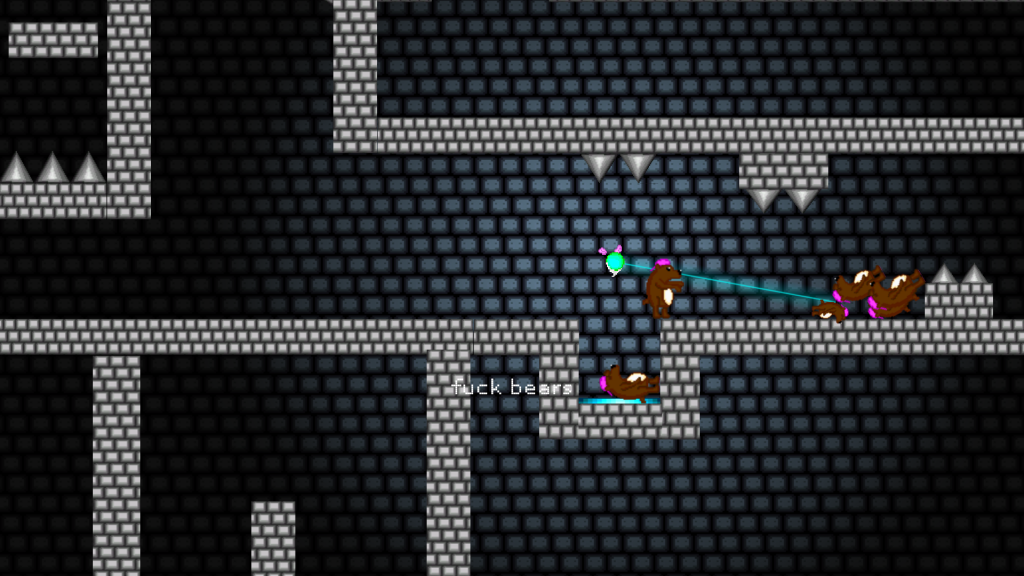 You’ll need this ability especially in very difficult areas, where you come across scenes like this: 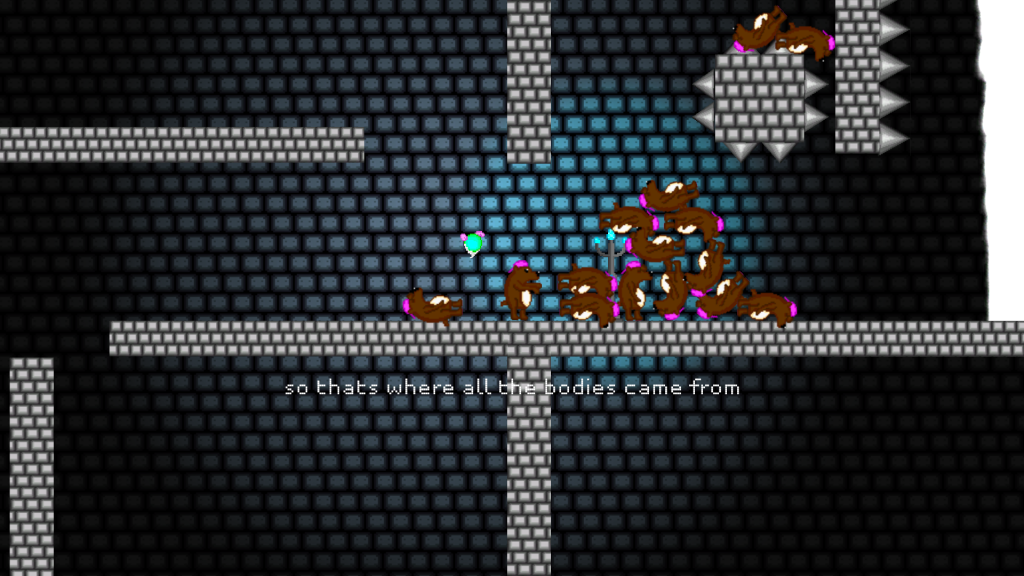 First of all, the game needed some way of explaining the rules to you. This was achieved by adding an annoying navi-like fairy.

Now, I’ve already seen some hilarious things – corpses instructing people “Watch out, spikes on the left”, when they’re actually on the right leading to a huge pile of corpses, obscene rants (and also incredibly polite ones, “thats some real hogwash”, and just generally witty death messages, “The other corpses all suck, just fyi”, “Tell my wife I love her”, “There better be a princess”.

It’s really funny seeing the varied responses to each situation. For instance:

One response to being killed by your “friendly” companion: 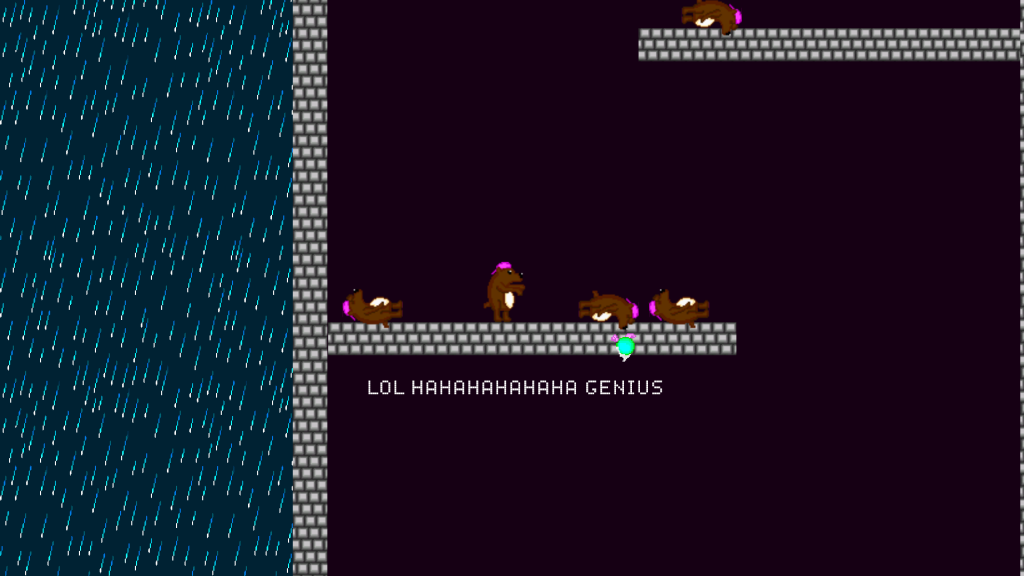 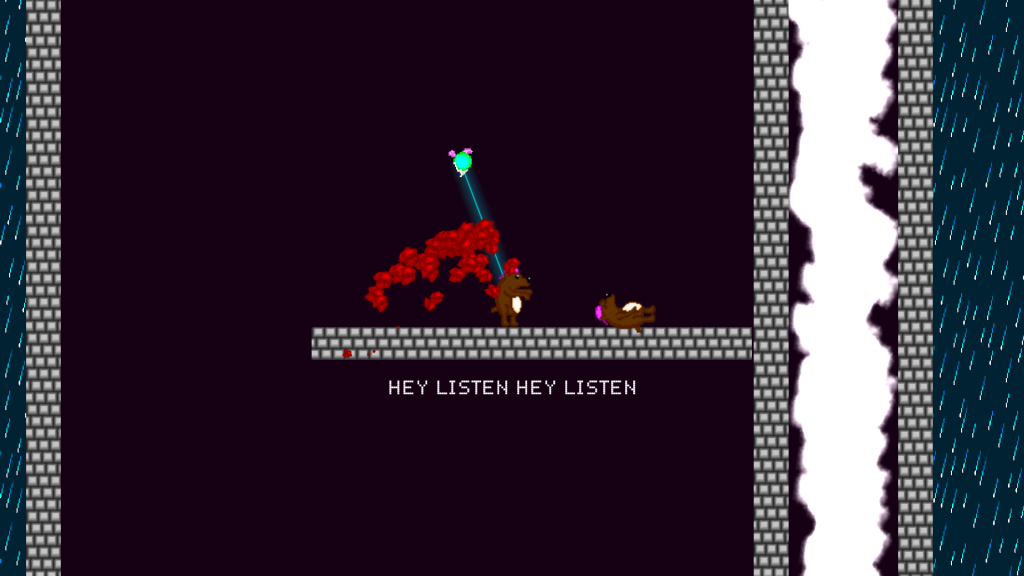 The game is absolutely hilarious just to watch and play and see. There are a bunch of features I couldn’t implement in time, but otherwise I’m really happy with how it turned out for once. Even added narrative and a triple endboss.

Things that could’ve realistically been improved within the timeframe:

Hopefully this successfully tops Rude Bear Radio, and I hope you really enjoy Rude Bear Resurrection if you play it (and if it still exists)!